Help / Re: Can't get leafless tree graphics to work

It stopped working. (it works partially)

I literally can't figure it out. You win, Tynan.

Why that didn't work originally, only God knows.
#2

I tried adding a _leafless on to the end of things, in case that was part of the magical invocation that allows you to see them: nope.
I tried adding an additional "/barepoplartree" to the def line: nope.
I tried removing the folder and just leaving the images in the Plant directory: nope.

General Discussion / Re: Why still only one type of lamp?

June 27, 2018, 12:12:39 PM
I was really hoping we'd get a massive influx of new assets for 1.0. The standard vanilla assets were perfectly fine for alpha/beta work, to keep things simple and not require too much updating each cycle. However, for a final release, having 1 type of chair, 1-2 beds, 1 lamp, etc, is just underwhelming.

I know we have it all in mods, but i also would expect the official dev team to build up a pretty beefy selection for a final release. Hopefully that is in the cards still and they have the artwork done and are just waiting to have a pretty final form of the code to work from before importing it all...
#4

General Discussion / Re: Official: New content in progress for Alpha 17 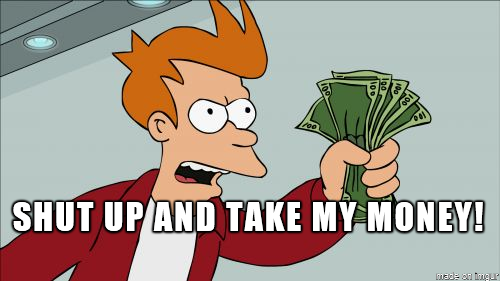 General Discussion / Re: Alpha 17 is on public unstable branch

Is it intentional that crafting Stone bricks doesn't give crafting XP anymore? I could've sworn it did previously, so I think it may be a bug that it isnt.

Can we let it give a boost to mining instead? I mean, you're basically breaking up rocks either way... making those arms stronger and swings more precise. Same skill set.
#7

General Discussion / Re: Infections in a17

I personally prefer more challenge like this, but then play the game on Phoebe, so I guess I'm both types?

But I'd rather have a small raid be a big deal and a big risk to deal with, rather than fending off a bagillion space pirates with ease, just so I could bury/cremate 30 corpses every few days.

I feel like the former style of gameplay is what Tynan is looking for too, it fits with his vision of the game, a storytelling game where each individual is important. When you fight off 50 pawns every few days, the stories are repetitive and excessive, and become meaningless Tower Defense.

When a raid is once-a-month at most and a handful of guys, but each one can easily permanently disable or kill a pawn, and each bullet or stab may require a ton of medical management... it's meaningful, each small decision could carry a lot of weight. I greatly prefer that over "I'll just spam turrets and sniper rifles and who cares if we get shot up, it's just a few herbal meds away from being fully cured."
#8

May 04, 2017, 05:45:11 PM
That basically. It'd take longer to neutralize an enemy (3x time?), but they would receive limited injuries. Would be extremely useful for breaking up intra-colonist fights too.

Think of all the slaves rescued and released frenemies you could have!
#9

General Discussion / Re: A17 Water effects?

It'd be cool to also have occasional wind ripples cross water, if anyone knows what I'm talking about. And have larger waves in lakes/coasts when we get thunderstorms.
#10

General Discussion / Re: Manhunter hordes are way too powerful

April 30, 2017, 06:42:25 PM
To the guys saying to lock yourself in... they broke down the doors faster than I could fix them. I didn't realize they leave after 24hr, so maybe I'll add granite doors to my stronghold and wait it out... I think I could keep granite doors repaired fast enough, right?
#11

For instance, a group of about 8 poorly armed outlanders did a siege, I think I got one stab from a shiv and killed 5. Another was mechanoids, which took a lot of patience with a sniper rifle (my only one) but was handled eventually. Only one man lost a leg, not too bad.

So my tribals with 1 sniper rifle, a mech minigun, and 8 axes then gets assaulted by about 30 boomrats.

What the F? How is that remotely in line with the other "big threats"? I had absolutely no way to survive that encounter. I had to reload an earlier day, it was a literally unwinnable situation. There is no vanilla way to handle that as a tribal start.

But just about any massive (and laggy) manhunter pack is going to do that, when it spawns like 3-5x my number of colonists. Boomrats obviously are pretty bad. But it felt like a very Randy situation, and I shouldn't get those as Phoebe or even Cass.
#12

Quote from: Swat_Raptor on April 28, 2017, 07:22:02 AM
thou you would really just become another out lander union, and then you gotta ask the question why not join one of the out lander unions?  I mean why are there multiple out lander factions? whats so different about them that they do not just coalesce into one group?

That could be an option also. You would have to send tributes to them but gain protection from other groups (but piss off yet other groups). You might gain access to better trade terms with them (and worse ones with other factions). If the faction goes to war, you might be forced to send off some of your colonists as part of a draft (or a large tribute), and your colony might come under direct attack if not safely within the faction's borders, meaning a very strong raid or series of raids.

There's a lot that could be done with this strategy layer. I really hope we're just seeing the beginning of Tynan's plans.
#14

April 27, 2017, 06:53:10 PM
I like the idea of starting enough new colonies (and having each run autonomously in-game) and demanding tribute from them, and then receiving it in the form of regular "tribute caravans" from each that arrive and give you free crap.

So you could have a capital that you still play and it becomes rich and glorious. You get to build Rome.

I really hope we get more in the way of:
- factional and city/base diplomacy
- actual "states" rather than just randomly dispersed sites on the map, with borders and stuff (but still a lot of independent wilderness to settle in)
- more colony-colony (player's) interaction
#15

General Discussion / Re: Orbital Trader - What determines which trader comes?

Jade sculptures of a deer triumphantly standing in front of a field, with a city in the background, with lots of triangles?
Pages1 2 3 ... 14